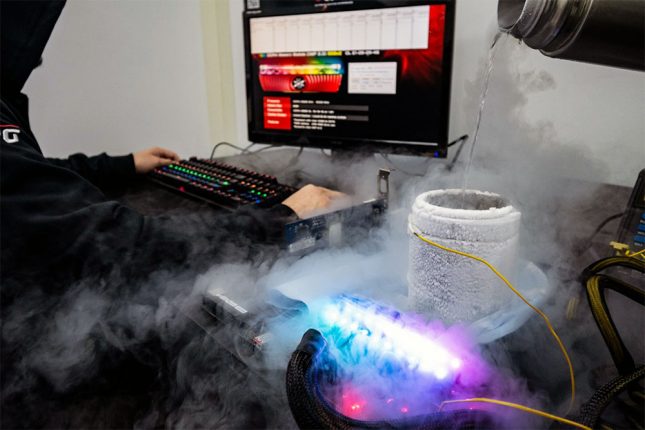 Taipei, Taiwan October 22, 2018 ADATA Technology, a leading manufacturer of high-performance DRAM modules and NAND Flash products, announces that it has established a new facility at its headquarters in New Taipei, Taiwan dedicated to pushing the limits of memory performance, the XPG Overclocking Lab (XOCL). The XOCL is the first facility of its kind among worldwide DRAM makers, is an expansion of ADATAs continued effort towards achieving record-breaking memory speeds, and will focus on experimenting with new techniques.

With growing demand for memory modules that can operate at ever-higher frequencies, ADATA believes the future of overclocking lies beyond the established techniques of air and liquid cooling, said Neo and Stin at ADATA Technology. The mission of the XPG Overclocking Lab is to explore new, potentially more effective methods that can break the threshold of memory speeds and incorporate them into XPG products for the benefit of users.

The XOCL will actively seek out partnerships within the industry, including with hardware makers and overclockers, to achieve its mission. Over the summer, ADATA overclocked its XPG SPECTRIX D80 RGB DDR4 memory module to 5531MHz in a liquid-nitrogen-cooled configuration, a new record. The milestone was achieved through a joint effort with MSI.

The XOCL will focus on experimenting with new techniques and methods. Pictured here is the use of LN2 in an overclocking experiment.