Adaptec recently released their line of Unified Serial controllers that allow high end desktops and mid range servers to have enterprise grade storage configurations. In this article we will take a look at the 3805 controller with 128MB of cache. This controller retails for $575 however they can be found for as cheap as $450. What’s really neat about Adapec’s new line is that the cards support both SATA drives and higher end SAS drives. Since 15,000 rpms drives are a little pricey, we will stick with Western Digital 10,000 rpm Raptors for our benchmarks. 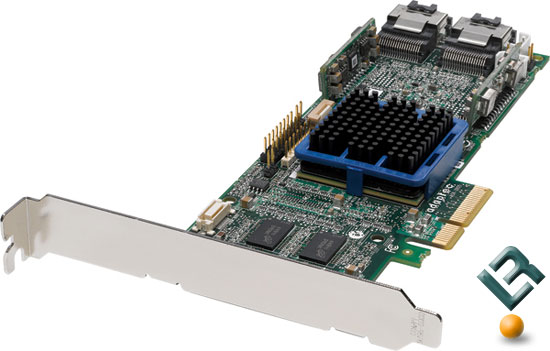 Adaptec has a variety of controllers available. For most gamers or multimedia enthusiasts, the 3405 or the 3805 will be more than adequate. Using the higher end controllers primarily buys you the ability to run more drives and have more cache available. The faster processor and added PCIe lanes help distribute load across a wider bus. 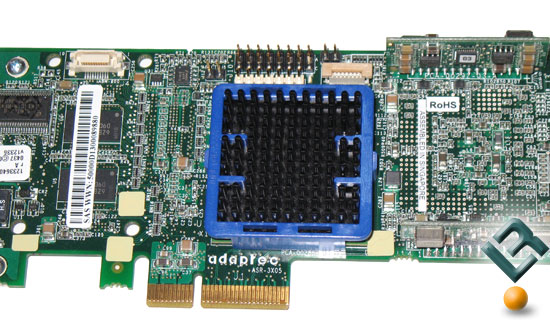 The central processor for the card has a simple heatsink mounted on it that gets very hot during operation. Apparently not hot enough to exceed the recommended 45C -55C that Adaptec has designated as the max temperature this card can handle. Getting good airflow not only for the card, but the drives is very important. Passive cooling will typically not suffice for these setups.

This series of Unified Serial Controllers is comprised of five basic models. The 3805 which we will be evaluating comes with two different cache sizes.

Motherboards for the last 5 or so years have started to include basic raid support either by way of IDE or SATA.  This has allowed consumers to put together cheap raid0 and raid1 configurations to aid with speed or reliability respectively. Some chipsets have even allowed raid5 configurations that help balance  both.  The problem with these however is that they rarely have cache and are software driven.  Hardware driven cards quite simply blow the panties off software driven raid chipsets in terms of CPU consumption, cache performance and complex raid configurations. Linux and even Windows support full software driven raid which can be very inefficient due to the fact that multiple IO streams will be sent across the bus when true raid cards will only send one. 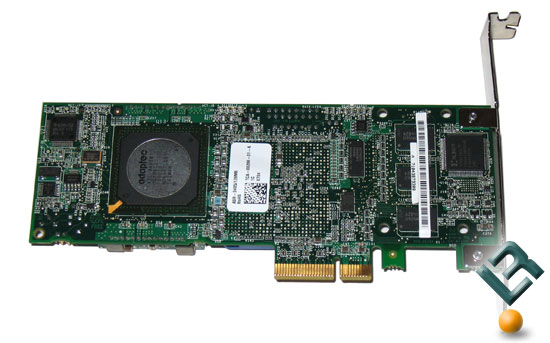 True hardware controllers like the 3805 have their own bios and management software. Arrays are exported to the operating system as unified devices.  For users that run other operating systems, this is a very nice feature since they no longer have to rely on driver versions or bios settings for chipset modes. For those of use that dual boot windows and linux, this can be a nightmare. Hardware raid cards also significantly reduce IO overhead on your CPU and provide their own cache. Advanced models even have a battery tied to the cache so if your power fails, data waiting to be written can be stored in cache and written to the array when the machine restarts. This significantly reduces the chances for a file system error. 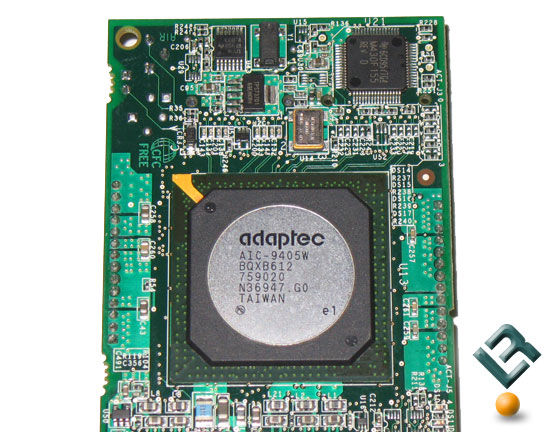 This series also support NCQ which can in certain situations increase the rate at which data is written and read by reordering the commands. The BIOs can be updated with patches from Adaptec’s site. As new drives are produced flash is needed at times to properly support various “broken” hard drives (as in manufacturers that do not follow specs or release buggy interfaces).