Every year in Colorado, the Pikes Peak International Hill Climb is held, and it’s a grueling event that sees people going up the mountainous 12.42-mile 156-turn course. Many of those corners are extremely tight and have drops off the side of the mountain if you make a mistake. Acura is participating in the hill climb as it has in years past, and it has a history of doing very well.

In fact, Acura holds several records at the event, including the open division record set behind the wheel of an Acura TLX GT race car. For 2021, Acura is racing four cars up the mountain, and they are each being driven by Acura R&D engineers. One of those cars will be towed from Ohio to Colorado using a new SUV called the MDX Type S. 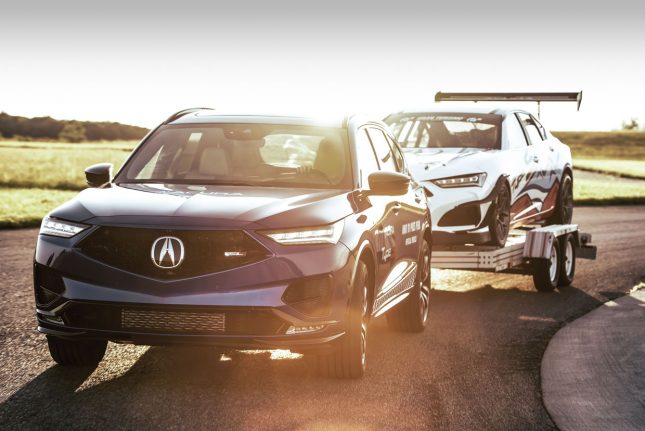 This is the first SUV to wear the Type S badge and the most powerful SUV Acura has ever built. Sadly, Acura has offered no details on the MDX Type S. We have no idea how much power it will make or performance numbers.

Acura says that after its towing duties are done, the SUV will be used to support the race team at the event. The MDX Type S will go on sale later this year.