A Turbocharged Toyota GR Corolla Is Rumored For The US

An interesting rumor is going around that originated with Motortrend and some of its well-placed sources. According to this rumor, Toyota is working on a new all-wheel-drive sports car destined for the US. The sources claim the vehicle is a GR Corolla featuring a turbocharged 1.6-liter three-cylinder engine and a six-speed manual.

The engine would be the same used in the GR Yaris that’s not available in the states. In that application, the engine produces 257 horsepower and 265 pound-foot of torque. There is plenty of overhead in the engine for additional power. In fact, that engine is used in the Yaris WRC racing car, and in that application, it produces 375 horsepower and 332 pound-foot of torque with a mandatory restrictor plate in place. 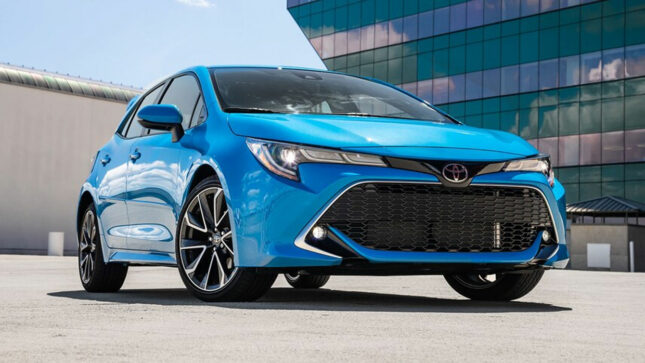 Certainly, the GR Corolla would be expected to make more power than the GR Yaris, but exactly how much is a mystery. We’d like to see somewhere around 300 horsepower, putting the GR Corolla on par with vehicles like the VW GTI and Subaru WRX.

However much power it makes, it would be nice to have another exciting car from Toyota that offers a manual transmission and four doors. Few details are available, but it would be easy to imagine the vehicle positioned above the 86, which starts at a little less than $30,000. It’s reportedly based on the hatchback Corolla.