A Massive Solar Storm Is On The Way

A massive solar storm said to be the biggest in four years is on its way to Earth. According to scientists, the solar storm is big enough to disrupt GPS and impact satellites in orbit. The massive solar storm might also increase the levels of radiation for passengers and crew in high-flying aircraft.

Solar storms of this type are always a concern for astronauts aboard the ISS as they are outside Earth’s protective atmosphere. The solar flare that caused the storm sends out radiation traveling at an estimated 1.6 million kilometers per hour. The storm is expected to impact the Earth on July 11 or July 12. 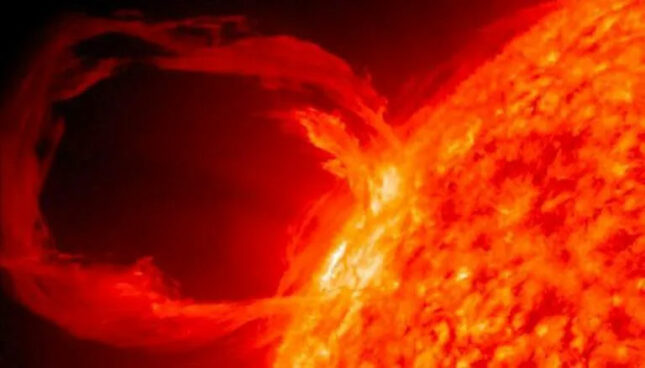 Scientists say that several things are likely to occur when the charged particles hit the atmosphere of our planet. When energetic protons collide with satellites or humans in space, they can penetrate deep into the object that they collide with and cause damage to electronic circuits or biological DNA, explained the Space Weather Prediction center in a release on Saturday, July 10.