A Geomagnetic Storm May Have Caused Aurora In The Northern US

Typically if you want to see the aurora borealis, you have to travel into the high northern latitudes of North America. However, a moderate geomagnetic storm has erupted on the sun and headed towards the Earth. The National Oceanic and Atmospheric Administration stated the storm would hit the Earth starting yesterday.

There was some concern that the storm could cause fluctuations of the power grid in higher latitudes and could possibly affect satellites in orbit. However, one of the good things about the geomagnetic storm is that auroras are predicted to be visible in some of the more northern US. 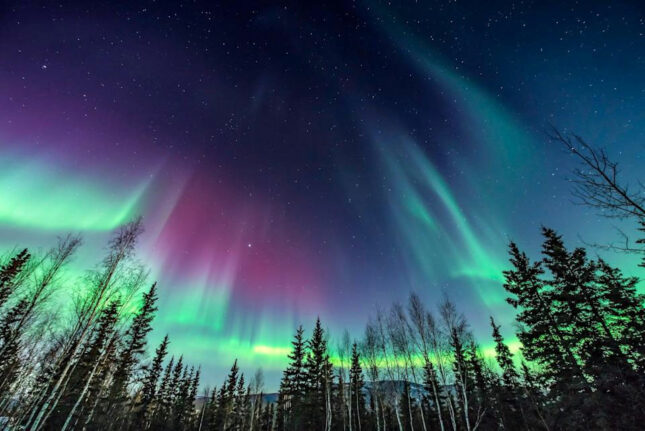 The geomagnetic storm is rated as G2, the second level of the five-level measuring scale. G1 storms are minor, while G5 storms are extreme. The storm happened as a result of a solar flare that erupted on Saturday.

The solar flare caused a coronal mass ejection sending the geomagnetic storm towards the planet. Warnings about the storm suggested that power systems could experience voltage alarms and transformer damage was possible.