There are many things in the technology world when it comes to streaming music or video that are trade-offs for users. You can get ad-free music and streaming video, but it comes at a cost. Many people are unwilling to pay that cost, so they endure the ads.

Spotify is reportedly testing a new ad-supported plan that’s less restrictive and has a much lower price than its Premium offering. According to reports, the ad-supported service is called Spotify Plus and costs $0.99 per month. 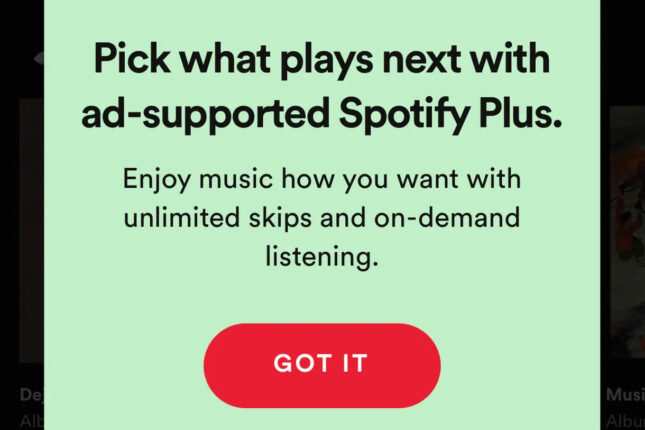 While users will still have to listen to ads on that paid plan, but they will get unlimited skipping of songs and on-demand listening. That means you get to listen to what you want when you want.

Currently, the cheapest Premium tier plan starts at $9.99 per month. According to reports, Spotify is testing its new Plus plan at various price points to gauge user interest. Testing is reportedly being conducted with a limited number of users.