9 in 10 Parents Think Teens Game Too Much

A new poll has been published that shows that 86 percent of parents believe that teens spend too much time playing games. The poll also found different patterns for teen boys than girls. The poll found that twice as many parents say that teenage boys play video games every day compared to parents of teen girls.

Teen boys are also more likely to spend three or more hours gaming. Overall, parents who participated in the poll said that gaming often gets in the way of other aspects of their teen’s life, such as family activities and interactions, sleep, homework, and friendship with non-gaming peers. 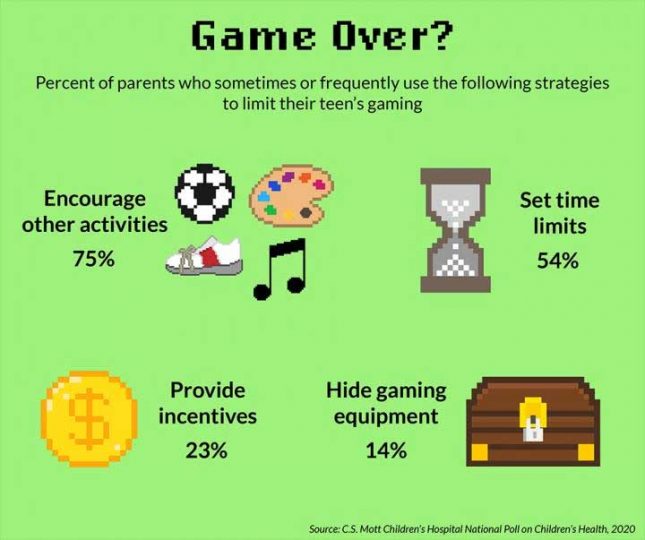 Parents also say that gaming interferes with their teen’s extracurricular activities. Interestingly, the poll found that many parents believe video games can be good for teens, despite several negative impacts that go along with prolonged gaming, according to parents.

According to the poll, 71 percent of parents believe video games may have a positive impact on their teen. About 44 percent of parents try to restrict video game content. Parents of teens 13 to 15 years old are more likely to use rating systems to try and make sure games are appropriate for kids. The poll also showed that many parents use different strategies to try and limit the amount of time teens spend gaming, including encouraging other activities, setting time limits, providing incentives to limit gaming, and hiding gaming equipment.