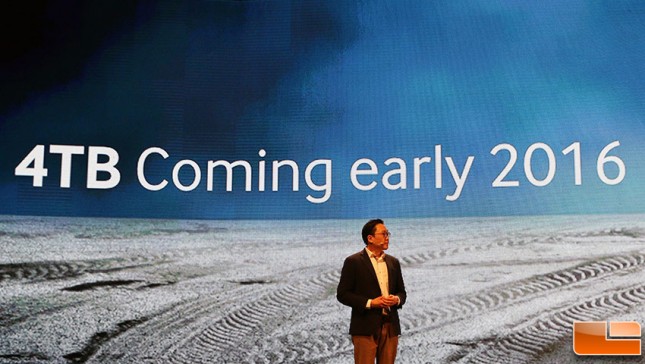 Samsung has entered the mass production of its 3rd Generation V-NAND technology at the companies 270 acre manufacturing plant located in Xian, China. Based on 48 layers of 3-bit Multi-Level Cell (MLC) arrays, Samsung’s 3rd Generation 256Gb 3D V-NAND Flash doubles the density of the now ‘old’ 2nd generation process (32 layer 3-bit 128Gb MLC NAND flash chips). Samsung being able to squeeze 256Gb onto a single NAND die now opens the door to larger capacity SSD solutions and should also help the 15-20% reduction in the price per GB of SSDs in general.

Samsung announced that the 850 EVO and 950 PRO would be among the first drives to get the new 3bit V-NAND technology and that we’ll be seeing 4TB capacities of those drives in 2016. The extra layers in the MLC NAND hardly add any height to the die package, so that means you’ll be able to get 4TB SATA 6Gbps SSDs in the standard 2.5-inch 7mm form factor for both desktop and laptops! It’s a little odd that Samsung will be putting newer flash in the larger capacity drives in the 850 EVO/PRO 4TB drives, but noted that the drives will still live up to the performance expectations of the series and that the controller was the same.

Samsung is also using the 3rd Generation 48-layer three-bit MLC 256Gb V-NAND flash chips on the 850 EVO and 950 PRO drives to come out with 1TB capacity drives! Performance between the V-NAND generations is said to be comparable, but we were told that the new 48-layer three-bit MLC 256Gb V-NAND flash chip should help reduce power by roughly 30 percent when compared to two 32-layer, three-bit MLC, 128Gb V-NAND solutions (30% reduction when holding the same amount of data.)

I guess these 4TB SSDs will have to do for now! No word on pricing as that will be set just before the drives come to the retail market. 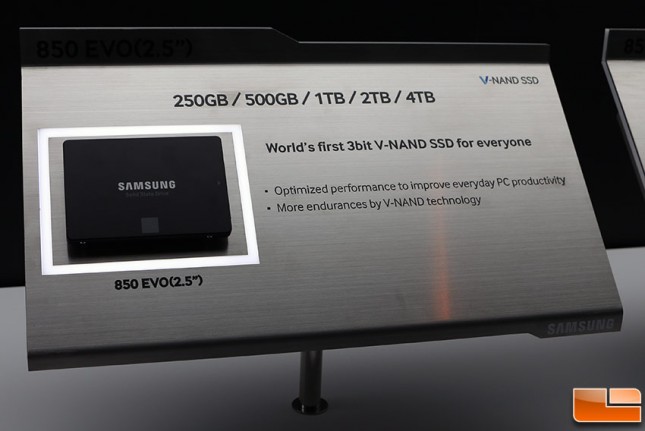