Over 400 Million Gamers Are Using Radeon Graphics in New Study

Yesterday, Jon Peddie Research’s newest report, revealed that when looking across all x86-based gaming machines, more than 400 million gamers worldwide are playing on Radeon graphics, more than Intel and NVIDIA combined. Across all gaming platforms, including consoles, notebooks, and desktops, the report shows that AMD is shipping 57 percent of the total market, compared to Intel and NVIDIA at 22.9 percent and 20.1 percent, respectively. 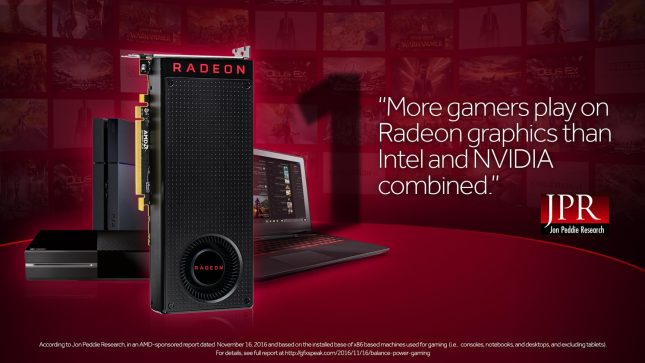 If you look at just PCs, Intel is the volume leader for integrated GPUs and NVIDIA is the leader in discrete GPUs. The study used Steam user data and made some assumptions to estimate the PC market share and financial reports to calculate the console shipments. You can find the full report here. 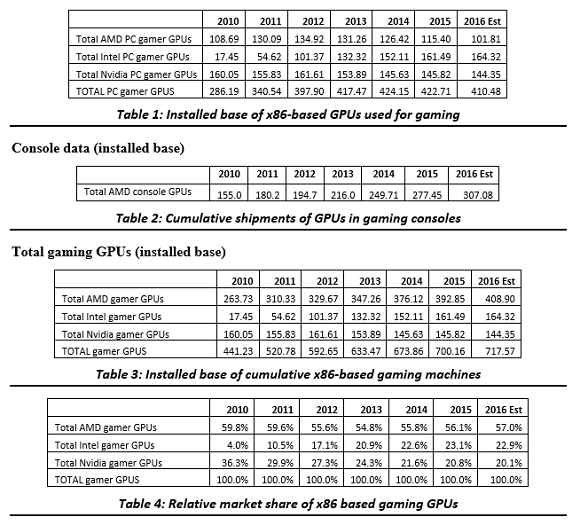 The JPR study found that 717.57 million people are using x86 consoles and PCs across the world and that number is expected to reach 775 million in 2019! That just goes to show how large the gaming community is and that it is still growing.