Lotus has revealed the Emira GT4 racing car at a special VIP event. Attendees were driven around the racetrack by a racing driver who helped develop the car named Gavan Kershaw. The Emira GT4 is the first vehicle developed by Lotus Advanced Performance and is only for the racetrack.

It’s designed for GT4 racing and meets FIA safety specifications for its class. Lotus plans to race the vehicle saying that it starts a new era in performance GT racing for the brand. Power comes from a Toyota 3.5-liter V-6 engine. 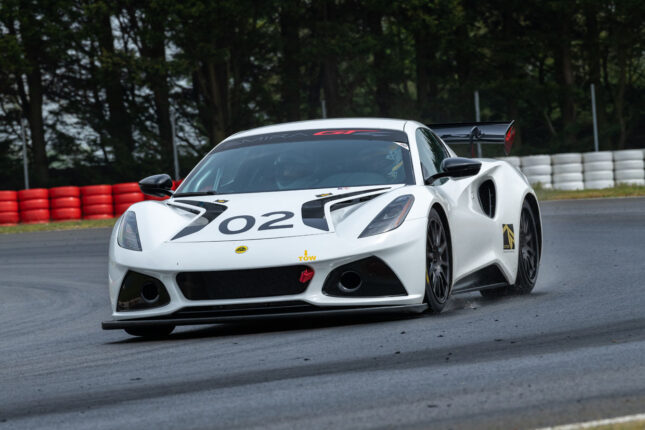 The engine produces 400 horsepower at 7200 RPM, courtesy of a supercharger. It has a six-speed sequential transmission and a limited-slip differential. All the safety features you expect in a racing car are integrated, and it weighs 1300 kilograms without fluids.

The entire first year of production for the racing car is sold out. Lotus plans to increase production capacity for 2023. The vehicle starts at 165,000 before taxes and delivery.