Earlier this week the benchmark team over at UL introduced a new 3DMark feature test that measures pure ray-tracing performance. The release of the 3DMark DirectX Raytracing feature test comes just before the debut of the AMD Radeon RX 6000 Series cards are set to come out on November 18th. AMD’s RDNA2 graphics architecture performance remains relatively unknown with regards to raytracing. In fact, we’ve seen rumors going both ways in recent weeks. Some are saying that AMDs raytracing performance is on par with the NVIDIA RTX series cards and we’ve seen some that say it doesn’t come close. The release of this feature test will help us compare NVIDIAs and AMDs raytracing implementation and see just how strong they are.

This is one of the first synthetic benchmarks that has been developed to compare the performance of the dedicated ray-tracing hardware capabilities in graphics cards. Real-time ray tracing continues to gain momentum, so it is nice to see benchmark utilities like this coming to market that will be able to show off the performance difference between ray-tracing-capable graphics cards from AMD, NVIDIA and eventually Intel. It should also be noted that the DirectX Raytracing feature test is a free update for those users that have 3DMark Professional Edition that have an annual license.

The 3DMark DirectX Raytracing feature test was designed to make ray-tracing performance the limiting factor. Instead of relying on traditional rendering techniques, the whole scene is ray-traced and drawn in one pass. Camera rays are traced across the field of view with small random offsets to simulate a depth of field effect. The frame rate is determined by the time taken to trace and shade a set number of samples for each pixel, combine the results with previous samples and present the output on the screen. 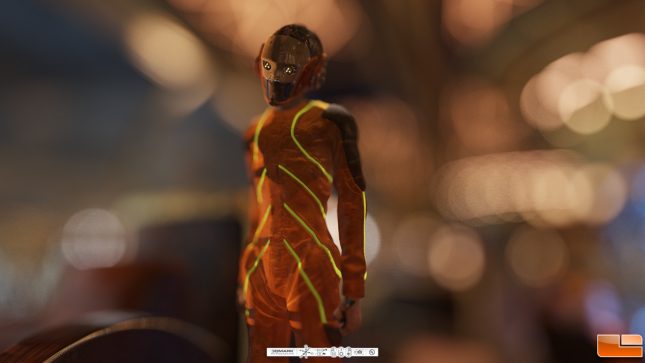 This test uses features from DirectX Raytracing Tier 1.1 to create a realistic ray-traced depth of field effects and the rendering resolution is 2560 1440. Camera rays are randomized with per-pixel offsets. There are 12 samples for each pixel when running the test with default settings. We left the test at its default settings for our benchmarking. 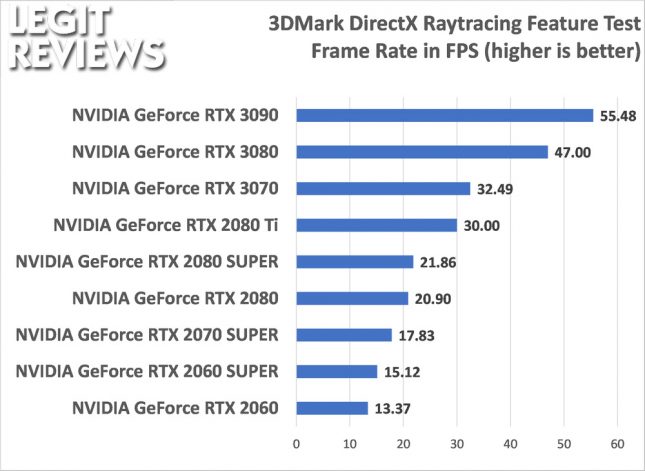 We also plan on looking at real game titles that are based on Microsoft’s DXR and upcoming Vulkan Raytracing APIs.