For 2022, the Toyota Mirai has carried over unchanged. The vehicle still rides on the Toyota RWD GA-L platform, which is a significant change from the first-generation Mirai, which was FWD. Toyota says it made the change to RWD because it allowed the vehicle to carry more hydrogen.

While the first-generation Mirai could drive 312 miles on a tank, the 2022 Mirai XLE can go 402 miles. That represents a 30 percent improvement in driving range compared to the original version. 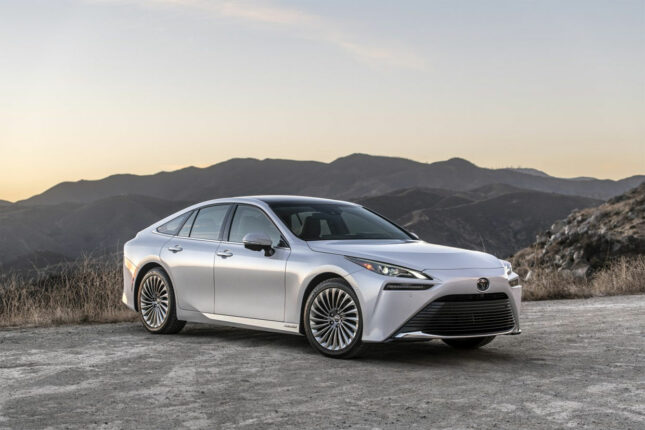 Toyota Safety Sense 2.5+ is standard, as is blind-spot monitoring with rear cross-traffic alert. The vehicle also comes with a $15,000 hydrogen fuel credit which could mean some people who purchase or lease don’t have to pay for fuel for years.

The base Mirai XLE sells for $49,500 and has a single options package adding another $1410 called the Advanced Technology Package. The Limited grade starts at $66,000, and buyers can add chrome wheels for another $1120.