When that fuel economy is compared to some of the competition, you begin to see the new WRX’s disadvantage in fuel economy. One example is the Honda Civic Type R rated for 22 MPG city, 28 MPG highway, and 25 MPG combined. 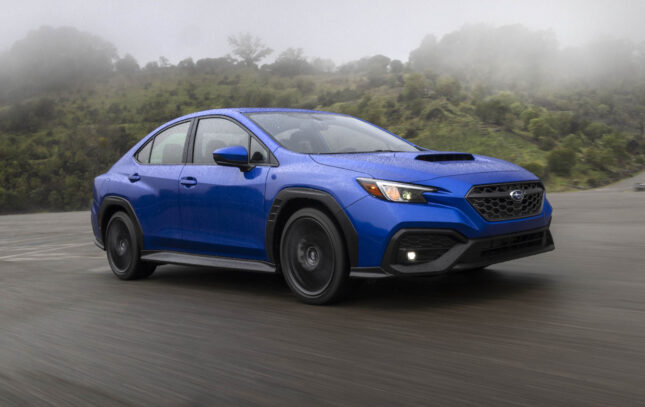 Granted, most of the competition is front-wheel-drive, and the WRX offers all-will drive. Perhaps most interestingly is that somehow the WRX is about as fuel-efficient as the much heavier Ford F-150 pickup using the 2.7-liter EcoBoost V6 that makes more power.

Certainly most people in the market for a sports car like the WRX won’t be dissuaded by bad fuel economy. For 2022, Subaru did increase the displacement of the four-cylinder engine to 2.4-liters, but it only makes three horsepower more than the outgoing model at 271 horsepower and 258 pound-foot of torque.