Anyone looking for a performance car would be hard-pressed to find a better value for over 400 horsepower than the Mustang GT. For 2021, all basic Mustang GT cars use a 5.0-liter V8 producing 460 horsepower. The Mustang Mach 1 version used a higher output version of the same engine making 480 horsepower.

A new report claims that dealers around the US have received a note from Ford warning that new evaporative emissions standards passed years ago are going into effect for the 2022 model year and will result in lost power for the Mustang. According to the report, both the regular GT and the Mach 1 will lose ten horsepower each. 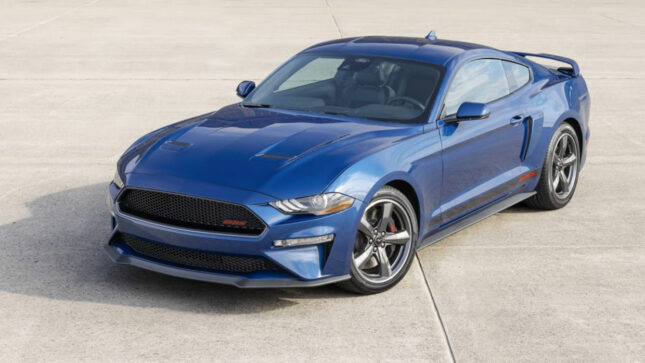 It’s a mystery right now if similar power decreases will happen across the entire Mustang line. Mustang fans have enjoyed power increases for years, which marks the first decrease in a long time.