The auction is scheduled to happen at 4:30 PM MST today in Scottsdale, Arizona. The special Bronco is a modern reinterpretation of the vehicle Ford built in 1980 for a visit from Pope John Paul II to the US in October 1979. The customized modern Bronco is painted in Wimbledon White and has custom Detroit Steel Wheels in the same color. 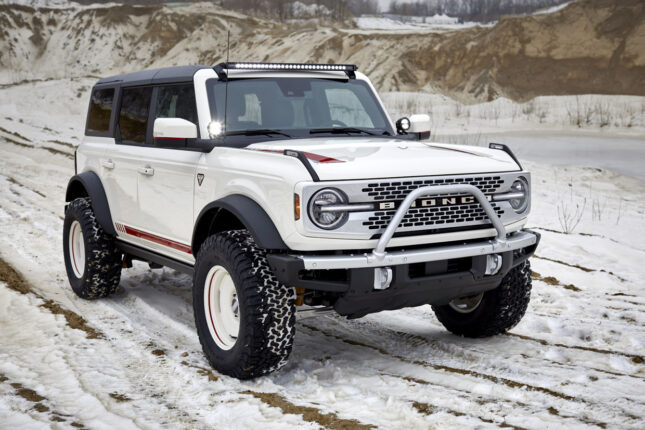 Both the wheels and the body of the Bronco have Rapid Red stripes, with the body also receiving Iconic Silver painted grille and bumper. Inside the Bronco are more Wimbledon White touches and Bronco lettering and read.

Ford also fitted the door panel trim with white vinyl to contrast the black seats surround and interior trim. Additional Ford Performance Parts accessories include a light bar on the roof, side pod lights, and wheel-well rock lights. Ford also includes a set of two doors and other custom touches.