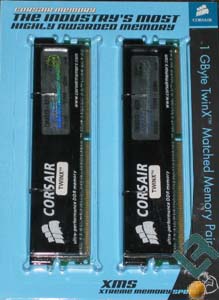 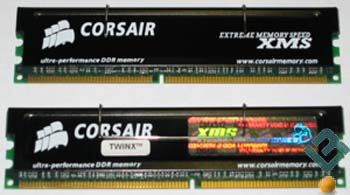 A few weeks ago on July 9th, 2003 both Kingston and OCZ sent out Press Releases stating that they have released DDR500 memory. This was something overclockers have been asking for since the Intel Pentium “C” processor came out many months ago along with the i865/i875 Dual Channel chipsets. Not long after, Corsair Memory sent out a PR saying that they too released DDR500, which was followed by a knock on my door the very same day with a delivery of some retail DDR500 memory. Kudus to Corsair for not doing any paper launch! Once the initial shock of DDR500 being on the market passed, many started to take notice of the very relaxed 3-8-4-4 memory timings shown by most DDR500 memory manufacturers! Are these relaxed timings and and high clock speeds worth it? Read on and see!

To find out more about Corsair’s products or history please visit the Corsair Site.