We’ve been looking to try out some new benchmarks for Legit Reviews and have been taking a look at a number of them. One of the more interesting real-world benchmarks is NeatBench 5, which is the benchmark application for Neat Video.

Neat Video came out in 2005 and is a video editing plug-in tool for noise reduction that ensures your videos look as clean and crisp as possible. Neat Video has had tens of thousands of customers over the years, so when we learned about it and the fact that it has a benchmark we were intrigued. Neat Video 5 also just happened to come out a few months ago and is the fastest, most powerful and most user-friendly version of Neat Video yet. 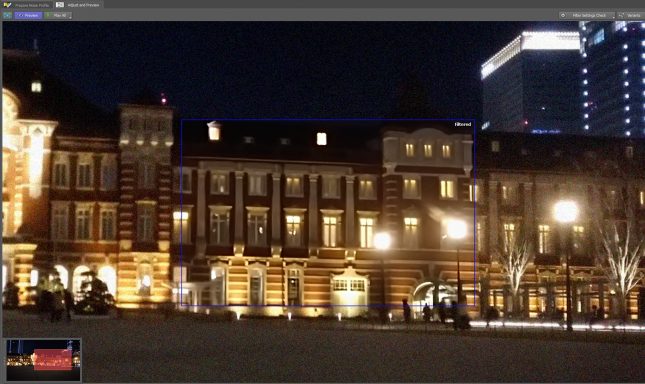 Neat Video has been optimized for use on multi-core and multi-CPU systems and supports GPU acceleration. Legit Reviews contacted ABSoft, NeatLab and asked if they have ever worked with AMD, Intel, NVIDIA, Qualcomm or ARM for CPU optimizations and they do not recall any interactions like that over the years. They did acknowledge that NVIDIA and AMD use NeatBench for GPU testing, but no optimizations have been asked for by either company. That is music to our ears as it looks like we have a benchmark that hasn’t been heavily optimized for any one particular company.

“We know that NVIDIA and AMD use NeatBench in their internal GPU testing and benchmarking (although unfortunately their results are very rarely shared with us), not sure about the other vendors. Having said that we were not asked by any CPU/GPU vendors to optimize something specifically for them — the initiative is on our side, we just do what is best for our users. As most of our customers choose a GPU from NVIDIA or AMD, we try our best to make sure Neat Video runs as fast as possible on these GPUs. The same is true for CPUs: we have a range of processors from Intel and AMD in our computers and make sure we use them efficiently when optimizing Neat Video.” – Neat Video team, ABSoft

For testing we will be comparing an Intel Z390 desktop platform to an AMD X570 desktop platform with six processors from each company at several different price points. Windows 10 Pro 64-bit v1903 with all updates as of 8/26/2019 was the operating system used and all the drivers were updated. Both systems used Corsair Hydro Series H115i PRO liquid CPU coolers.

Without further ado, here are the benchmark results of NeatBench 5: 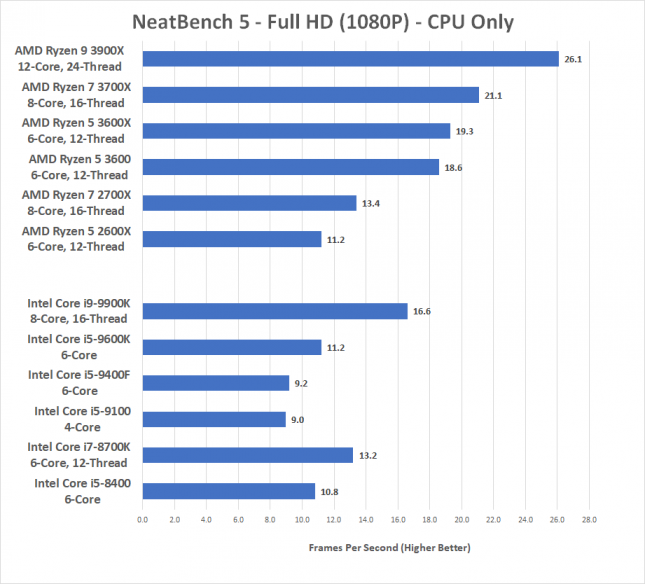 At the end of the day NeatBench 5, the stand-alone benchmark for Neat Video, gave us some very interesting performance results. After testing 12 desktop processors by AMD and Intel we feel that it paints a pretty good picture of how different processors perform.

This of course it just one benchmark application and represents a tiny slice of the overall performance of a compute platform. Our goal with this review was to look at a benchmark application that we have not used before to see how both AMD and Intel processors perform. ABSoft, NeatLab has a blog post up from 2018 about picking out the right CPU for you that is also worth taking a look at. The blog post was written for NeatBench4, however, most key factors affecting Neat Video performance have not changed in version 5.

In closing we’d like to thank ABSoft, NeatLab for openly talking to us about their benchmark.