Geekbench 5 was officially released by Primate Labs today and Legit Reviews has been taking a look at this benchmark in the lab. The release of Geekbench 5 brings new machine learning, augmented reality, and computational photography workloads to the CPU test. Primate Labs also updated their existing workloads to use larger data sets to better measure the effect memory performance has on CPU performance. Geekbench 5’s GPU Compute Benchmark now includes support for Vulkan and got new Compute workloads that measure he performance of computer vision and computational photography algorithms. 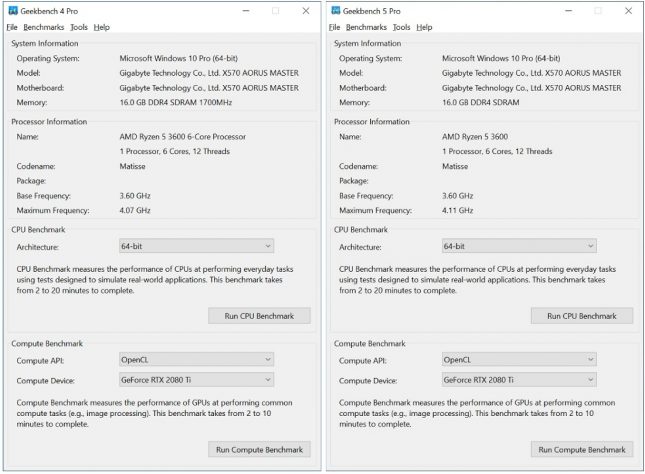 We’ve been using Geekbench 4 for some time here on the site for CPU benchmarks, so we wanted to take a quick look at our the new results from Geekbench 5 and let you see them against our ‘old’ Geekbench 4 results.

For testing we will be comparing an Intel Z390 desktop platform to an AMD X570 desktop platform with six processors from each company at several different price points. Windows 10 Pro 64-bit v1903 with all updates as of 9/02/2019 was the operating system used and all the drivers were updated. Both systems used Corsair Hydro Series H115i PRO liquid CPU coolers and the same 1TB NVMe SSD.

Here are the benchmark results of the CPU workload in Geekbench 4: 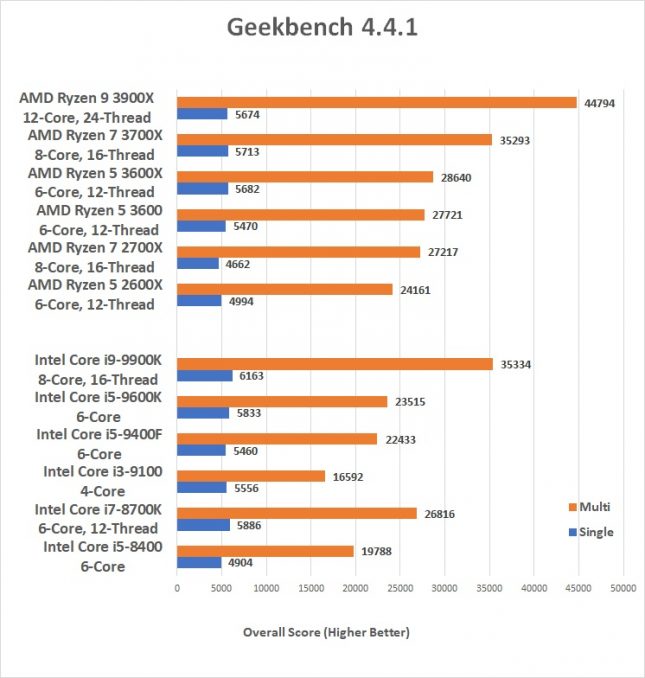 Here are the benchmark results of the CPU workload in Geekbench 5: 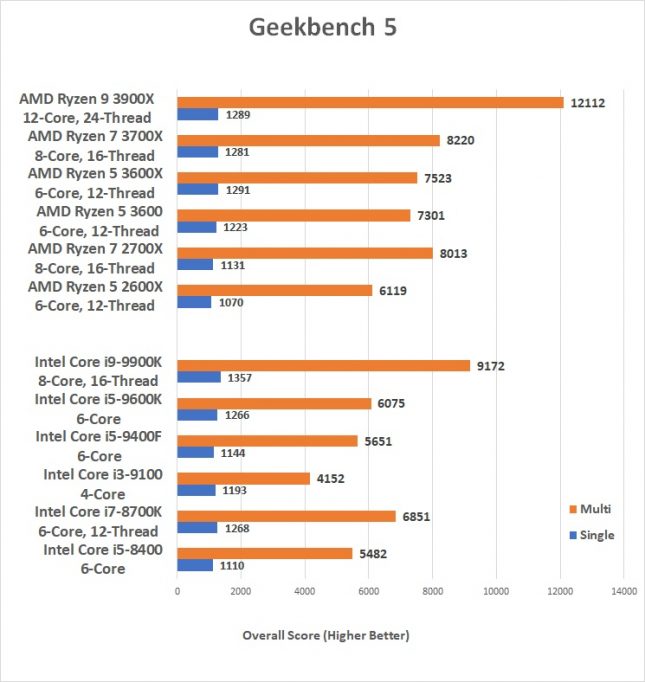 When it comes to overall CPU performance Geekbench 4 and Geekbench 5 give very similar results. The AMD Ryzen 9 3900X has 27% higher scores than the Intel Core i9-9900K in Geekbench 4. In Geekbench 5 the gap widens to about 32%. 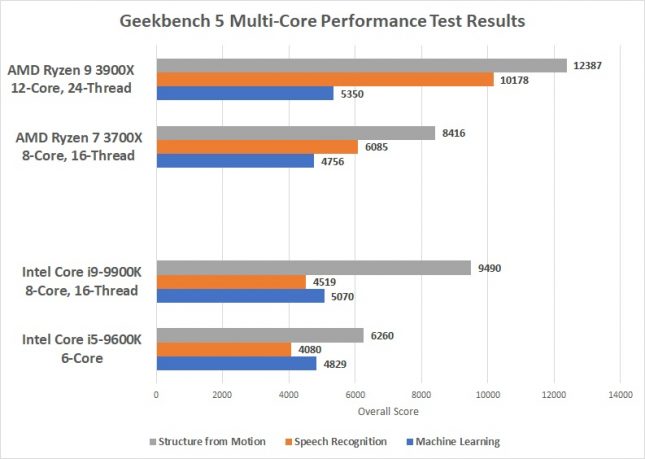 We’ll be including Geekbench 5 results in our CPU tests moving forward and just wanted to give you a quick look of Geekbench 4 versus Geekbench 5 on the same test platforms.