The Intel Blog over at Medium has an interesting post up this morning from John Bonini, Intels VP and GM of Client Computing Group Desktop, Workstations and Gaming. The big news is that he confirmed that 11th Gen Intel Core desktop processors (codenamed Rocket Lake) will launch in the first quarter of 2021. Rocket Lake is highly anticipated by enthusiasts as it brings PCIe 4.0 and Intel Xe graphics support to Intel desktop platforms. Rocket Lake S is expected to bring major performance improvements thanks to the use of next-generation Willow Cove cores. The current 10th Gen Intel Comet Lake processors are based on the Skylake core architecture.

“Im also happy to confirm that the next generation 11th Gen Intel Core desktop processors (codenamed Rocket Lake) is coming in the first quarter of 2021 and will provide support for PCIe 4.0. Itll be another fantastic processor for gaming, and were excited to disclose more details in the near future.” – John Bonini

We’ve been hearing rumors that Intel’s upcoming Rocket Lake S series is expected to come to market in March 2021, alongside the new Z590 chipset. We believe that Intel’s 400-series motherboards will also likely support Rocket Lake chips after a UEFI/BIOS update. Many of our readers will remember that many of the Intel Z490-series motherboards touted being PCIe 4.0 ready, so it makes sense that Rocket Lake S will be fully supported on the vast majority of boards. This is great news as there will be plenty of motherboards in the channel at launch and there is an upgrade path for 10th Gen Intel Core processor owners.

This blog post comes 24 hours ahead of AMD unveiling its next-gen Zen 3 CPU architecture and next-gen Ryzen 5000 series processors. Rumor has it that AMD made the decision to rebrand the Zen 3 desktop processors as Ryzen 5000 so they share the same nomenclature as the next-gen laptop chips that also launch in 2021. Early leaks have shown the flagship part will be the AMD Ryzen 9 5900X 12-core processor and that is the processor that Intel Rocket Lake S will need to compete with.

The blog post also provides a high-level overview of the work Intel does behind the scenes to help game developers realize their vision, so be sure to check it out! 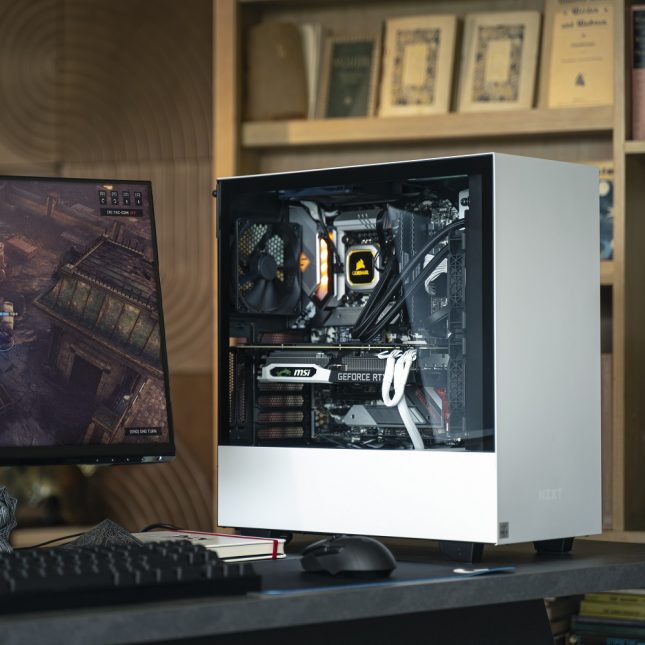