11-year-Old Claims iPhone Blew Up in Her Hands

An 11-year-old-girl from California claims that her iPhone 6 blew up in her hands while she was using it. The girl is Kayla Ramos, and she was playing with her iPhone 6 in her sister’s bedroom when she says sparks started to come off the device.

The girl says that she was sitting there using the device when sparks started coming off the iPhone. “I was sitting down, and I had my phone in my hand and then I saw sparks flying everywhere, and I just threw it on a blanket,” Ramos told ABC News in California. 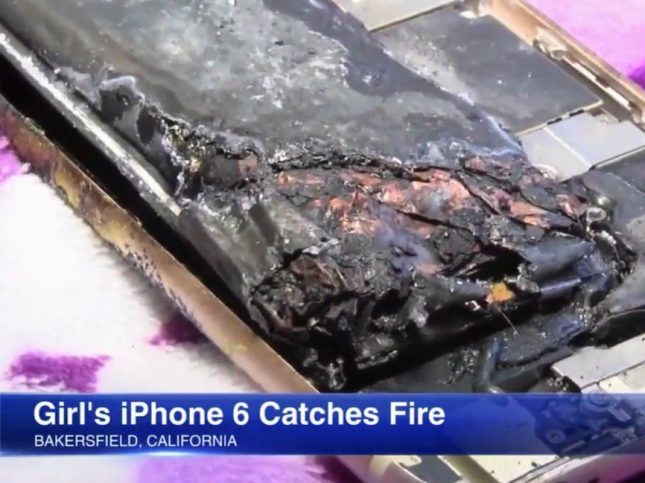 The girl says that she received a minor burn from the device, but the iPhone burned through the blanket. While Apple has made no official comments on the case, the girl’s mother says that Apple has said it is investigating the issue and has promised to send her a new phone.

Apple says that there are several issues that could cause an iPhone to overheat. Overheating can lead to a fire. Apple says potential causes include having a device repaired by a third party or using unauthorized accessories. It’s unclear if either of those were a cause for this alleged fire.